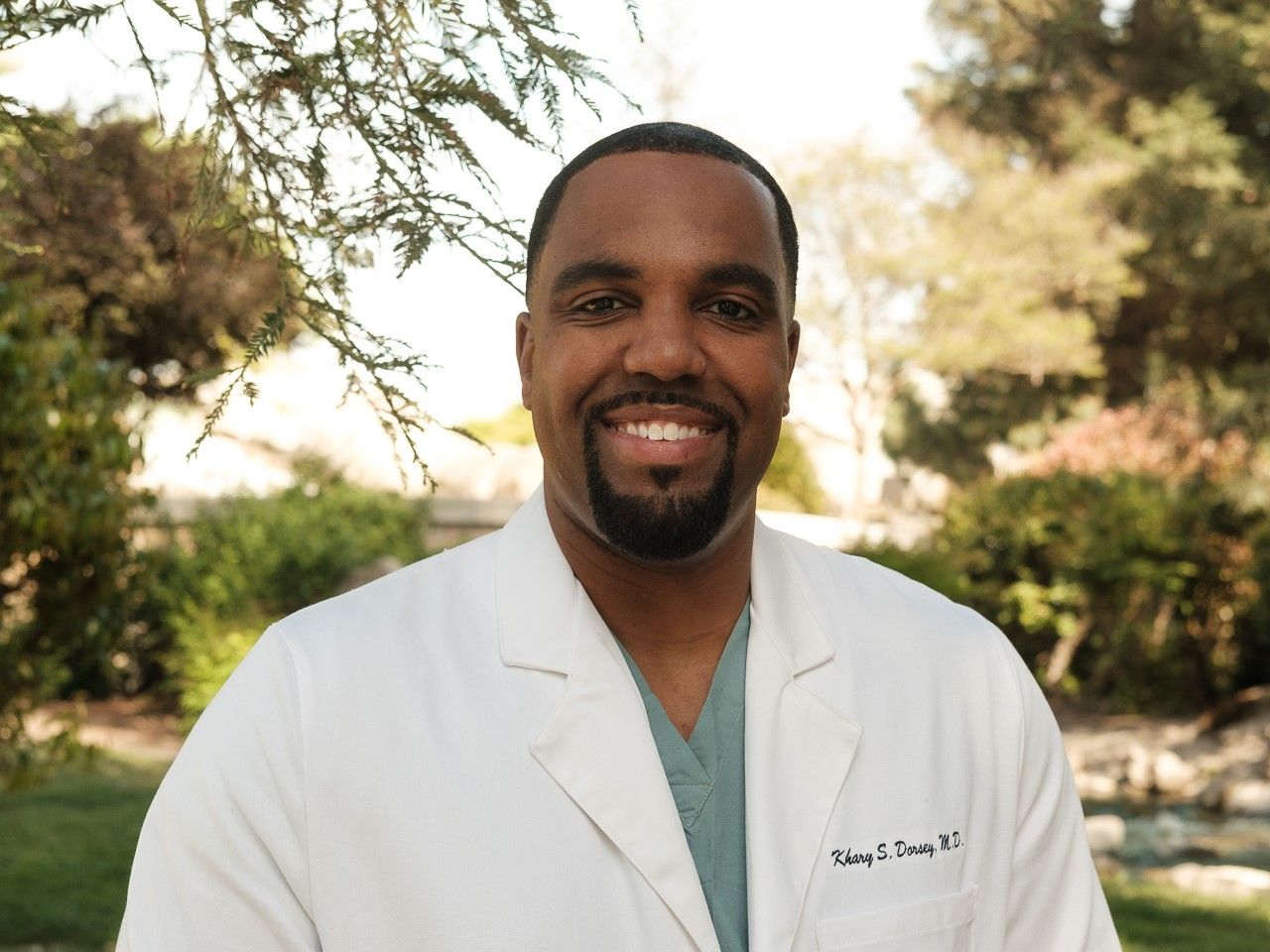 A year ago, Khary Dorsey never would have told you that he had a sleep problem—in fact, like many physicians, he likely would have prided himself on the ability to function on minimal sleep.

“I could go to sleep whenever I wanted to,” explains the 38-year-old OB/GYN. “I didn’t spend a lot of time awake before I actually got into bed, and whenever I made the decision to sleep, I typically could go to sleep without a problem. I didn’t wake up often during the night, but I had trouble getting a set number of hours. I could function on four, five hours of sleep. Six was a luxury.”

But then two things happened that made Khary reconsider his relationship to sleep.

For one, COVID hit, which considerably increased his patient load. As opposed to performing three C-sections per shift, he was up to five, and instead of managing 25 patients, he had 40. On top of that, he became a newly-single dad of three—one girl and two boys—aged 12, seven, and almost six. These shifts in his personal and professional life made being “on” for his kids whenever he was home that much more important, especially since he still wanted to work out as he had been and find a way to carve out much-needed personal time.

“I realized that I had to pay attention to where I was wasting time. Because I found that even though I was staying up late hours to send emails and maybe cook meals ahead of time for my kids, I was being so inefficient during those hours late at night. So that’s when I thought to myself...I need to focus more on what I am doing with my hours, and specifically my night hours.”

A quick Google search led him to Proper. And while the sleek, minimalist design is what first caught his attention—“I like clean lines and very minimal energy and branding around me”—the focus on science and clinical evidence is what convinced him to give it a try. And he hasn’t looked back.

We caught up with Khary to hear more about this experience taking Proper.

“When I realized that I needed to find where I could better myself or gain some juice to get through the day, I immediately thought about sleep.”

I spoke to my therapist about it, and one of the first things that she said to me was, "Well, how many hours are you sleeping? What time do you go to bed?” And the thing is, I know this from medicine that I need 8-10 hours of sleep, and that there are different stages of sleep, and that you’re not getting into your deeper recovery sleep if you don’t sleep enough. I know all that but I still could get through my day pretty well, so it was really just at the extreme ends with COVID that I began seriously re-thinking my sleep life, and Proper was the first supplement that I considered.

“When I started taking Proper, I actually didn’t notice anything when I was going to sleep. What I noticed was in the morning.”

It was a surreal feeling of...it’s hard to describe...but an absence of fatigue. It was more of what was not there. I didn’t feel the need to push myself out of bed. I didn’t feel like I needed to press the go button for myself. I was almost waking up before my alarm went off and wasn’t annoyed when it did. I just hit my alarm button and felt prepared for the day.

“I like to give myself an hour to get mentally ready and dressed and showered before I step out to start with my kids.”

So I purposely create that space and don’t want to feel rushed, because once I step out of my bedroom, those next 30 minutes are pretty much set.

I recently got a thermal mattress that gently vibrates and warms to wake me up, and then I have a very soft alarm that goes off as well. I sit up at the side of my bed and may do breathing for a minute or so just to get myself going. And then I usually start my shower to warm the water. After getting dressed, I step out to check on the kids to get them up—alternatively, the kids’ mom will be dropping them off instead of me waking them up. Then I go downstairs to start making breakfast and back upstairs to make sure my kids are awake and getting dressed. And then the nanny is coming right as I’m beginning to eat breakfast, so she’ll help the kids get started on their Zoom calls for school.

“In medicine, I’ve always been trained to treat the patient, not the numbers. So I don’t care about my sleep health score unless I feel that there’s a problem.”

...in which case, I look at the data on my smart mattress or Apple Watch to see if that’s going to validate what I feel about myself. But generally, I’m not one to really dig into that.

Another way to think about this is, I track my workout when I’m at the gym on my Apple Watch, but I’m never interested in how many calories I’ve burned, how long I’ve worked out, or what my heart rate was during my workout. If I had a horrible workout or a fantastic workout, I may look and say “Oh, well how does this compare to my history?” And the same goes with sleep. If I’m having a week where I just feel off or I’m in a therapy session and having a hard time explaining how I’m feeling at the moment, I may look at my sleep data to see if it’s going to correlate with how I’m feeling.

I’m also a very goal-oriented person. I know that about myself. So I try not to get into the weeds with that too much because then I’ll start obsessing over things like closing the rings on my Apple Watch.

Investing in the future through sleep

I’m heavily dependent upon as a dad, as a surgeon, as a doctor—and then I have high expectations of myself and am always trying to improve. I thought I was maximizing my days as much as I could when really I was burning the candle on both ends. One of my goals for 2020 was to really improve on my sleep. As I mentioned, I got a new mattress, but with Proper (which I take every day), I’m actually invested in ending when I need to end my day and trying to go to sleep when I should. And I truly feel like I’m getting the rest that I should be getting, that I want to get, that I expect to get.